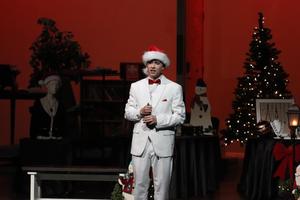 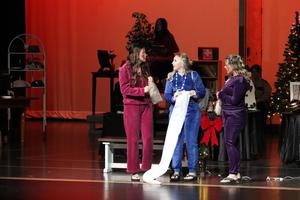 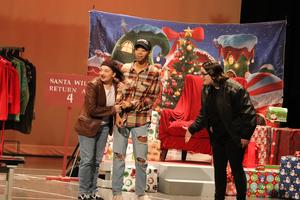 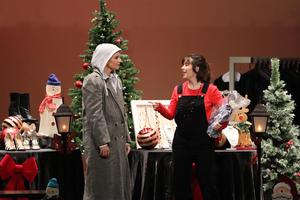 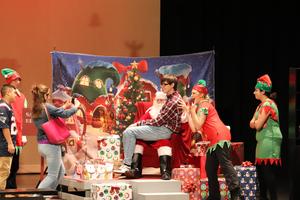 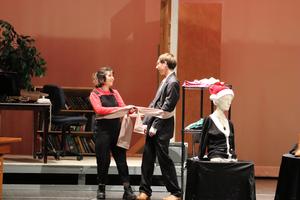 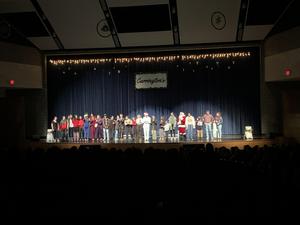 The 2021 fall theater production at Krum High School is even more special than in years past. Not only does the KHS Theater Department put on an outstanding performance, the play was written by Krum High School educator Darrell Jenkins and his wife, Ava.

Last Minute Wishes is a modern Christmas tale that uses wit and humor to remind us that shopping is not what the holiday season is about. KHS Theater Director Jacy Bush said that Mr. Jenkins writing the play was not only a selling point on choosing it; it also made the students much more passionate about the production itself. “The students were blown away that he had written the play,” she said. “It made the process more special and they [really wanted] to impress him... We tried really hard to make it look good because we wanted the Jenkins to be happy with the production and do the play justice.” Mr. and Mrs. Jenkins were able to attend the first read-through and several rehearsals to speak with the actors and help them learn about the characters and how they were intended to be played. For instance, the three humorous aunts in the play are based upon Jenkins’ real aunts. When asked if he was excited to see the play come to life, Mr. Jenkins told us a little of the history of the play. In 2003, Jenkin’s daughter was participating in theater productions at her high school and they were tired of performing “A Christmas Carol” each holiday season. Knowing he was an avid playwright in his former career with parks and recreation, she asked Jenkins if he would write a new story for them to perform. The family came together and created Last Minute Wishes. Since its publication, Last Minute Wishes has been performed in over 88 different venues and four total countries- the United States, Canada, Australia, and Germany. Jenkins said this performance is especially meaningful to him, as it was originally created by his family for his family, and now his school family gets to be a part of it as well.

“This is the most fulfilling show I’ve done so far,” Bush said. “The cast and crew created a close-knit family and I know that they are walking away from this show sad that it’s ending, but also feeling really accomplished and excited about theater.”

When asked what her favorite part of the show is, Bush had trouble picking just one moment and instead chose when the 4th and 5th-grade students of Krum ISD came by for a preview as her favorite memory of the show. “The amount of giggling and laughing aloud that happened was worth it all. At the end, all the kids wanted to talk to the actors and they wished them a Merry Christmas. I heard a bunch walk out and say ‘I am definitely doing theater when I come to the high school.’ I couldn't ask for a better comment. The high schoolers not only gave a great performance, but they inspired others to be involved in theater. With that, I think my Christmas wish came true at that moment.”

Last Minute Wishes will be performed one more time tonight, December 7, 2021, at 6:30 pm in the KHS Performing Arts Center. Tickets are available at the door only for $5 (children 6 and under received free admission).