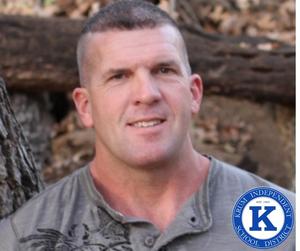 Philip Enis, former board member and board president of the Krum Independent School District was recently awarded the 14th Annual Archie League Medal of Safety Award for his actions in enabling a plane in a critical situation to land safely.

On February 5, 2017, Dr. Peter Edenhoffer was flying towards Paris, TX when his aircraft experienced complete electrical failure. After identifying the aircraft as potentially in trouble, Phil Enis, along with two other members of the Fort Worth Center (ZFW) Thomas Herd and Hugh Hunton, attempted to make radio contact to the aircraft to no avail. After using creative research methods, they were able to identify Dr. Edenhoffer as the pilot and discovered he was a local neurologist. The ZFW team contacted multiple hospitals until they were able to locate a hospital who had worked with Dr. Edenhoffer, and provided them with his cell phone number once they were informed of the dire circumstance.  Although they were unable to reach him via phone call, they tried one last effort and sent a text. Miraculously, Dr. Edenhoffer was able to respond.

The team then coordinated with other aircraft and airport runways to aide Dr. Edenhoffer in making an emergency landing.

Each year, the National Air Traffic Controllers Association presents outstanding controllers with the Archie League Medal of Safety Award to those who use quick wit and maintain their composure to assist in safely resolving a variety of situations. Phil Enis and his colleagues were selected by a panel as the award recipients for the 14th Annual Archie League Medal of Safety Award for the Southwest Region. The team was presented their award on October 24 in Las Vegas, Nevada at the annual NACTA banquet.

We at Krum ISD are proud to have had Mr. Enis serve on the board for a total of 16 years, 13 of which he served as President of the Board. His actions speak to the testament that every day people can make a huge difference.